Our consultants are seasoned search experts with specific knowledge and experience in the industries they serve. We limit our number of engagements to ensure outstanding personal service for each client. While you enjoy a single point of contact from start to finish, you also benefit from our entire team of professionals, directors, advisors and global partners dedicated to delivering results. Our team has the knowledge, the skills and the diplomacy to secure, develop and retain world-class talent.

We possess both the industry expertise and the instincts to find the ideal fit for our clients. We don’t leverage to junior staff. We personally conduct every search from start to finish. We tackle the tough-to-fill positions, and we take pride in providing our clients with responsive service that makes the recruitment process as seamless and efficient as possible. Most importantly, our professionals are passionate about results, presenting and placing candidates who will perform. 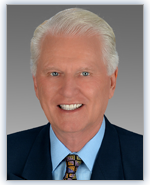 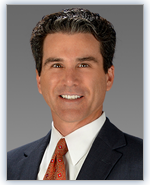 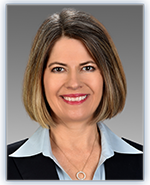 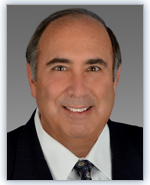 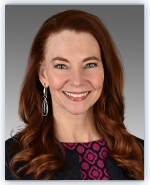 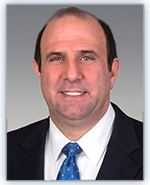 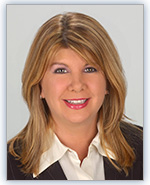 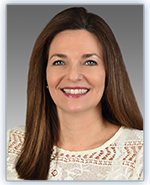 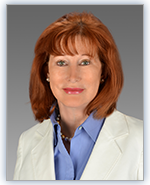 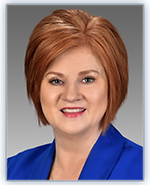 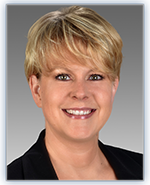 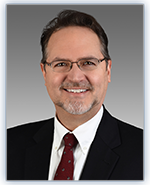 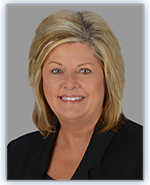 Pearson Partners is a member of IIC Partners. With offices in countries, IIC Partners is one of the world’s top 10 executive search organizations. Our global reach allows our clients to seamlessly tap into proven retained executive search and leadership consultants regardless of geography. Our multi-national clients are able to quickly source and hire the right candidates worldwide, from a global talent pool with cross-border, international experience and local market expertise. 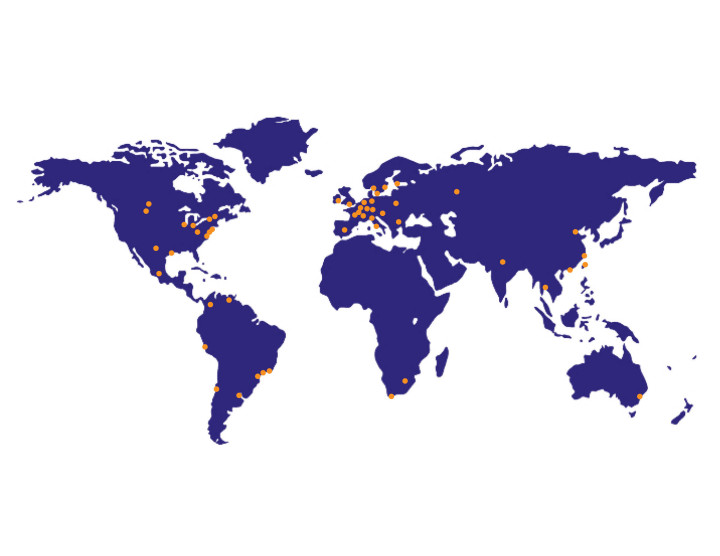 Unlike many retained search firms or privately-owned companies, Pearson Partners International is guided by a board of directors, below, and also a a board of advisors staffed with renowned, external industry leaders. These knowledgeable professionals offer input that helps govern and guide our policies, while providing insights on current industry trends. 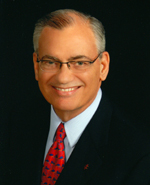 Pearson Partners is grateful to its advisory board of thought leaders for their business insight and industry-specific acumen as well as assistance in forging business relationships. The board of advisors meets quarterly to review Pearson Partners’ business progress and provide counsel to ensure long-term success.
Stephanie Anderson

Stephanie Anderson leads both global and domestic high-complexity engagements and works with private-equity firms, public-company boards, managements and outside counsel. She applies more than 25 years of international operations, financial analysis, accounting and governance expertise to achieve efficiencies, improve internal controls and resolve complex finance, accounting and legal issues. Anderson is an expert in the use of data analytics for better insights into operational and financial results and for investigations, compliance and litigation matters. A Certified Public Accountant and Certified Fraud Examiner, Anderson spent her earlier career at PricewaterhouseCoopers, where she was a director, and at Arthur Andersen as a staff accountant. Anderson speaks Spanish and has lived and worked in Kuwait, Mexico and Russia. She earned a bachelor of arts degree in accounting at Texas State University, followed by a master of business administration degree from Texas A&M University.

Joe Bosch is Principal Owner of HB Consulting, a human resources and management consulting firm in Hermosa Beach, California. In addition to serving on Pearson Partners’ advisory board, Joe also serves on the advisory board of Allegis Partners.

Prior to joining DIRECTV, Bosch was senior vice president of human resources for Centex Corporation, where he built a world-class human resources function that was organized to support the home builder’s business model. He also helped establish a corporate-wide approach to talent management and leadership development.

Mr. Bosch also spent nine years at Pepsi-Cola North America in a series of increasingly responsible positions in human resources, culminating in his role as vice president of employee relations for Pepsi-Cola East. In addition, he served in the U.S. Army for three years. Mr. Bosch received a bachelor’s degree from Cornell University.

Chairman of the Board & Chief Compliance Officer

In addition to his role as Chairman, Bob’s extensive experience of active bond law practice in tax-exempt securities and investment banking enhances his other key role as chief compliance officer. His participation in more than 800 major municipal bond financing projects totals more than $40 billion, while his leadership qualities have led to his election to the board of directors of the MSRB, where he served as chairman during 1999-2000. Bob served as chairman of the MAC of Texas in 2001. From 1990-1993, he served on the board of directors for the Student Loan Marketing Association (Sallie Mae) in Washington, D.C. He has also served as president of the prestigious Dallas Assembly, and works with numerous other civic, cultural arts, and community-based organizations. Bob has been cited by Hispanic Business magazine as one of the 100 Most Influential Hispanics in America.

Bob received bachelor of science degree and doctor of jurisprudence degree from the University of Texas. In addition, he is an attorney at law, active member of the Texas Bar Association, and a Registered Principal with the MSRB. Bob served on the Board of Regents for the University of Texas System from November 2001 until February 2008, where he was chairman of the Audit Committee. He also served on the board of directors of the Federal Reserve Board of Dallas from 2004 to 2010. Bob serves on the board of directors of Oncor Electric Delivery, LLC, and chairs its audit committee.

Executive Chairman of the Board & Former Chief Executive Officer

Learn more about Jim in our Searchlight profile

Jim Flynn joined Pearson Partners’ Advisory Board in 2011, and is the executive chairman of the board and former chief executive officer of Wingstop Restaurants, Inc. Previously Jim was president of Trident Management Consulting Corporation, specializing in retail and restaurant clients. Prior to Trident, Jim was president of Al Copeland Enterprises, the parent company of Popeyes Famous Fried Chicken and Biscuits and Church’s Chicken, and was with Phillips-Smith Specialty Group, a venture capital firm, where he identified investment opportunities, served as chief executive officer of Hearing Masters, a portfolio market test company, and worked on several troubled portfolio companies. Earlier in his career, Jim was with McKinsey & Company.

Custis Hoge joined Pearson Partners’ advisory board in January 2019. He was a senior sales executive in the financial printing business for over 28 years, working with C-suite and public company executives, investment bankers, certified public accountants, private equity firms and corporate/transactional attorneys. Previously, Custis was an investment banker for 17 years, the last 12 years of which were with Rauscher Pierce Refsnes in Dallas.

Custis earned a bachelor of science degree in accounting from the University of Maryland. He has been married for 47 years and has two grown children and four grandchildren.

John Murphey joined Pearson Partners’ Advisory Board in 2008. Former chairman and chief executive officer of Bell Helicopter Textron, Murphey retired in December 2004 after 40 years with the aerospace and defense-related businesses. Shortly thereafter John became CEO of AgustaWestland’s U.S. operations with responsibility for the US101 Presidential Helicopter Program. After leading the company in winning this important work, John retired from AgustaWestland in 2005. John brings more than 40 years experience in engineering, manufacturing, sales and services in the aviation business. He served in a broad range of positions within Bell Helicopter and other Textron divisions during his career.

Dr. Robert J. Potter joined Pearson Partners’ Advisory Board in 2007. Dr. Potter is president and chief executive officer of R. J. Potter Company, a consulting firm dedicated to helping optimize business performance. He serves on the board of directors and as an active member of the audit or compensation committees for Zebra Technologies, Molex and Cree as well as private companies SpeedFC and The Bradshaw Group.

Bob formerly served as president and CEO of Datapoint where he led the computer company’s turnaround to profitability by improving product introductions, marketing and customer service. He also served as group vice president of Nortel Networks where he helped raise sales to over $1.2 billion, introduced the Meridian line and oversaw the operations of some 6,000 employees. Earlier he served as senior vice president and chief technology officer with International Harvester, division president with Xerox and research manager with IBM.

Bob serves as an active business and technology consultant to investors, private firms and public companies. He supports companies in reaching business and financial goals by providing strategy and analysis to help improve performance, profitability and valuations.

Learn more about Warren in our Searchlight profile

Warren Strickland joined Pearson Partners’ Board of Directors in 2012 and has served on the firm’s Advisory Board since 2011. He is currently the owner of Ranger Ventures, where he is active in several private equity and real estate investments.

Warren is a director emeritus of McKinsey & Company, from which he recently retired as a director. Warren was with McKinsey for almost 25 years where he was an industry expert in Oil & Gas, Electric Power, Consumer Packaged Goods, and Industrial Products. He was most recently the global leader of McKinsey’s Organization Design Practice, which represents 27% of McKinsey’s work. He also conceived and led McKinsey’s Performance Ethic research on high-performing organizations. This over-five-year research project resulted in more than 200 Performance Ethic engagements, and led to follow-on research which has created McKinsey’s proprietary Organization Health Index (OHI).

Warren earned a master of business administration degree from The Wharton School of the University of Pennsylvania and a bachelor of science degree in mining engineering, with high distinction, from the Mackay School of Mines, University of Nevada, Reno.

Learn more about Craig in our Searchlight profile

Craig Sutton joined Pearson Partners’ Board of Directors in 2014, and has served on the firm’s Advisory Board since 2007. Craig retired as a senior private banking relationship manager with Chicago-based Northern Trust in Dallas, and now serves as executive vice president and chief financial officer of Rasa Floors, where he has been a board member and advisor since 1996. At Northern Trust, Craig led the largest practice in Texas providing private banking, trust and wealth-advisory services to affluent individuals. Craig previously served as executive vice president of First City Bank in Dallas and has held senior leadership positions with Texas Commerce Bank and InterFirst Bank Dallas.

As a commercial banking executive, Craig managed a $1 billion loan portfolio. Working as an executive in community and retail banking, Craig directed a staff of 500 in managing $1 billion in assets. In his position as an international project finance specialist, Craig led several financing initiatives in the North Sea and Middle East in excess of $100 million each. In addition to his banking career, Craig has served as chief financial officer in the oil & gas industry and as a litigation support consultant.

Craig majored in engineering and finance at Texas Tech University before going on to earn a master of business administration degree in finance.

Linda A. Wilkins works with companies and their boards of directors to design executive compensation plans to recruit and retain key executives. She also represents executives in negotiating their employment and severance agreements. She advises business owners on exit strategies, including leveraged ESOP transactions. Linda has considerable experience in all aspects of employee benefits and compensation, including 401(k) plan compliance and correction matters, deferred compensation (section 409A) compliance and correction, stock incentive plans, and employee benefit and compensation aspects of mergers and acquisitions.

Linda earned a bachelor of arts degree in english from Oklahoma State University, a juris doctor degree with honors from University of Oklahoma College of Law (where she was editor-in-chief of the Oklahoma Law Review), and a master of laws degree in taxation from Southern Methodist University School of Law.