Picking a President: Does Your Candidate Really Have What It Takes to Lead? 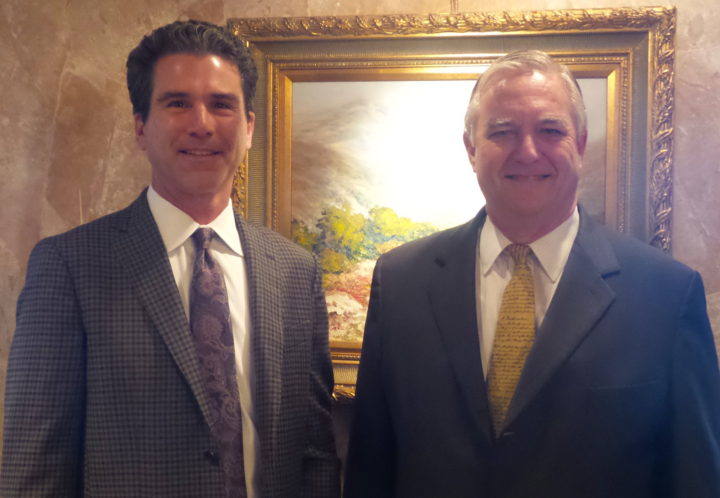 With the presidential election coming up in November, our thoughts turn to history’s lessons about traits embodied by great leaders. In business and in government, the same leadership skills play a crucial role in the success or failure of the entire enterprise, according to author, presidential historian and lawyer Talmage Boston.

For Pearson Partners’ Q2 2016 Spotlight SeriesTM breakfast, we invited Boston to talk about his soon-to-be-released book, Cross-Examining History: A Lawyer Gets Answers From the Experts About Our Presidents. A practicing commercial trial and appellate litigator and a shareholder of Winstead PC, Boston based his fourth book on onstage interviews from all over the country with some of America’s leading presidential historians and insiders. 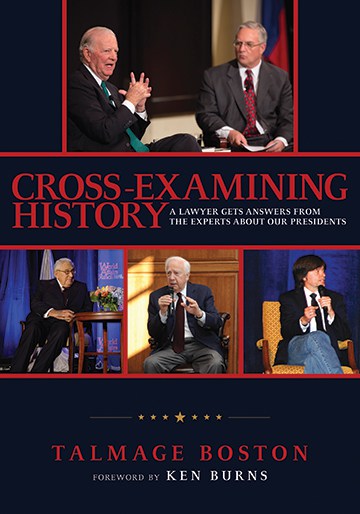 The Ten Commandments of Presidential Leadership

The same traits in great presidential leadership exist in 2016 as did in 1789, when George Washington was sworn in as America’s first president. After completing 31 interviews with presidential historians and White House insiders over two years, Talmage Boston synthesized their best points to create the Ten Commandments of Presidential Leadership:

First Commandment: A great leader is not only an organization’s Commander in Chief, he’s also its conscience in chief.

The leader’s integrity must be above reproach, so he can be counted on to do the right thing in times of challenge or temptation, even when nobody is watching. The president who set the standard as our nation’s conscience in chief was George Washington, who had a genuine desire to serve the emerging United States of America. Whether leading the military or the government, he always served with heart, compassion and high integrity.

Second Commandment: A great leader shall stay above the partisan fray and build consensus to make progress possible.

Great leaders have the emotional intelligence and horsepower to bring factions together and achieve a sense of unity among the people they lead. The president who set the standard for staying above the fray was Thomas Jefferson, who worked hard to unify those in government through building relationships and consensus. He inspired Americans to believe that in order to succeed, they had to join together and make progress as a collective union.

Third Commandment: A great leader shall recognize his limitations and make up for them by aligning himself with those who are strong in the areas where he’s weak.

The president who best demonstrated this trait was James Madison, who recognized his limitations and figured out ways to keep them from holding him back. He did it by finding ways to align himself with people who had traits that he lacked, including George Washington, Alexander Hamilton and Thomas Jefferson. Together, they became more than any one of them was individually.

Fourth Commandment: A great leader shall remain calm in a crisis.

Great leaders stay focused on doing what needs to be done to maintain cohesion and prevent fragmentation. The president who stood out in this trait was John F. Kennedy, whose calm during the Cuban missile crisis led to an agreement with the Russians to remove their missiles from Cuba, preventing WWIII. He used his serenity as a force, causing those around him to participate in making a decision that would preserve cohesion.

Fifth Commandment: A great leader shall have the steadfast resolve to persevere over setbacks.

Truly great leaders look adversity straight in the eye and never blink. The president who best demonstrated this leadership trait was Franklin Roosevelt, who, despite a major disability, inspired the country to believe that we have nothing to fear but fear itself. In responding to major adversity, great leaders find resources of character that allow them to triumph over setbacks.

Sixth Commandment: A great leader shall play hardball when people challenge him and fail to do what they’re supposed to do.

A good example of a president who did this was Dwight Eisenhower, who responded to our allies’ seizure of Egypt’s Suez Canal by making a run on the British pound and threatening to drive it down to zero. He played hardball when necessary to get people to do what they were supposed to do, and to show them that he meant business when it came to achieving his goals.

The Seventh Commandment: A great leader shall recognize the importance of good timing—and not force things when the timing isn’t right, but be ready to seize the moment when it is.

The president with the strongest sense of perfect timing was Lyndon Johnson, who pushed through civil rights legislation in the wake of President Kennedy’s assassination; the Voting Rights Act of 1965 right after Bloody Sunday in Selma, Alabama; and the Fair Housing Act of 1968 on the heels of Martin Luther King Jr.’s assassination. The philosopher Carlos Castaneda once said warriors recognize the cubic centimeter of chance that can make or break them. When it pops up, they move on it with speed and prowess to capitalize on the opportunity.

Eighth Commandment: A great leader shall work hard at becoming a better communicator. He shall not only speak well, but also follow through and do what he says.

It’s impossible to be a great leader without being a great communicator. The modern president who communicated best was Ronald Reagan, an optimist who not only had a sunny disposition, but also the courage to say bold things like, “Tear down this wall!”—four words that inspired countries all over the world to join together to end the Cold War. Reagan channeled the inner voice of the majority of American people throughout his presidency. But more important than powerful words is follow through and the ability to do what you say. Great leaders are not just great with words; they’re great with deeds.

Ninth Commandment: A great leader puts his organization’s interests above his personal interests.

One president who embodied this philosophy was George H. W. Bush, who took office pledging “Read my lips: no new taxes.” But the Reagan tax cuts had caused a substantial deficit increase, so Bush had to break that promise and implement new taxes to address the deficit and fund the military. This decision was not popular with the Republican Party constituents and caused him to lose the 1992 election. Bush did what was best for the country—and paid the political price.

Tenth Commandment: A great leader shall keep up with what the people in his organization think and shall devise a strategy to shape their opinion that matches his own vision.

The president who did this better than anyone was Abraham Lincoln, who once said, “Public sentiment is everything.” A leader that molds public sentiment goes deeper than one who enacts statutes and pronounces decisions. Lincoln met with newspaper publishers, learned about public sentiment and shaped public opinion through articles, speeches and letters. He positioned the divisive Emancipation Proclamation not as a way to abolish slavery, but as a matter of military necessity, and brought about agreement and an end to the Civil War.

These presidential leadership traits were displayed by men who faced the greatest challenges of their eras, and they spark questions we should all be asking as we consider the candidates for our next commander in chief.

As a leader or one who aspires to be, you can possibly keep your organization afloat by being a merely adequate reactive leader. But you can accomplish great things in your organization by being proactive and embracing these Ten Commandments.

Spotlight Series Breakfast:
Picking a President: Does Your Candidate Really Have What It Takes to Lead?

Tips From the Leadership Coach:
A Four-Step Strategy for Change Management