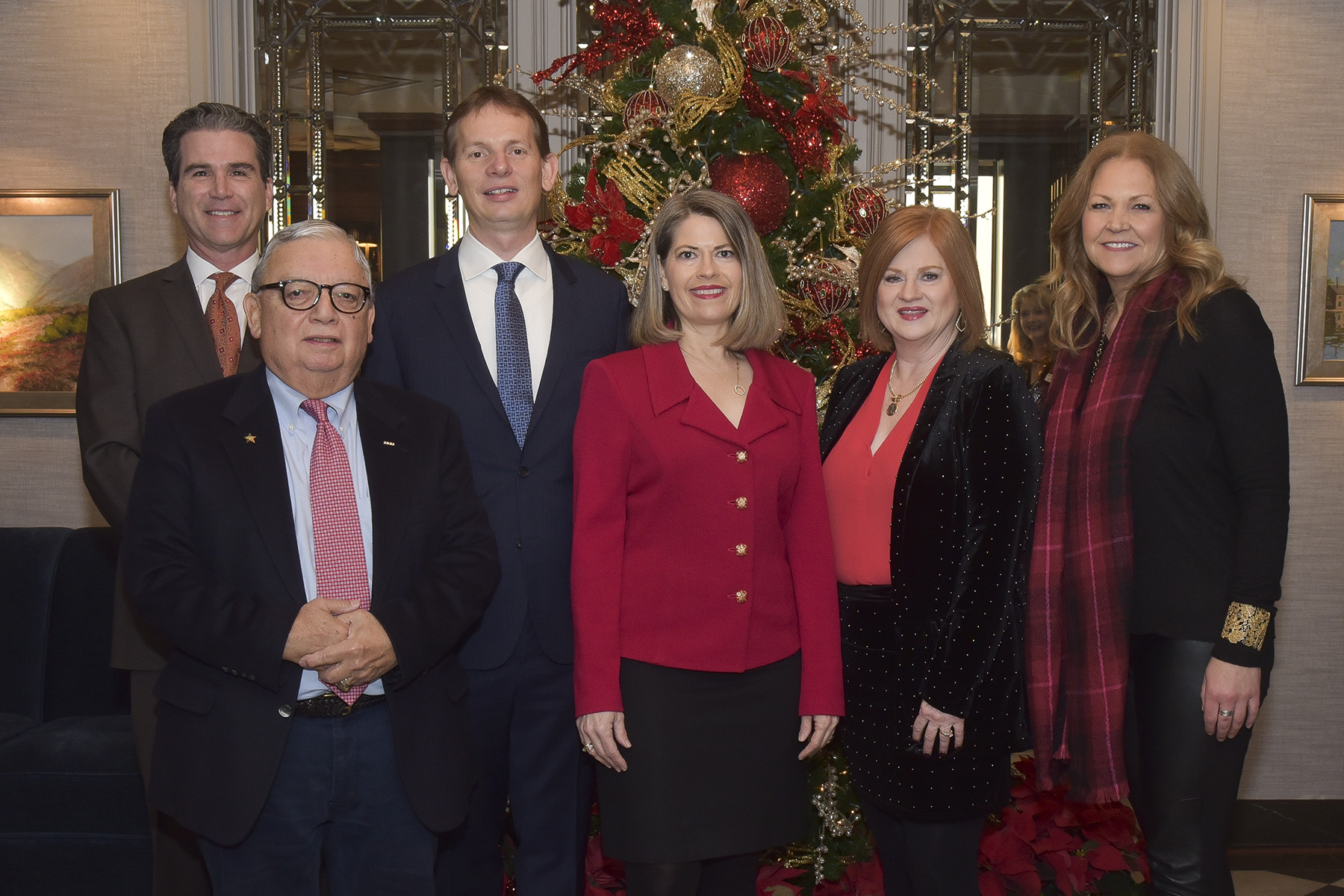 Whether it will be called “the new NAFTA,” “NAFTA 2.0” or its official name—the United States-Mexico-Canada Agreement (USMCA)—the renegotiated North American Free Trade Agreement is expected to have a big impact on American and global business.

To break down some of the potential effects of the pending trade agreement on area businesses and the economy overall, we invited three outstanding business leaders to serve as panelists at our fourth-quarter Spotlight SeriesSM  breakfast on December 4.

NAFTA was one of the first trade agreements ever created, and it remains among the most powerful today. The original NAFTA agreement eliminated most tariffs between the United States, Mexico and Canada, but it did not address energy, the environment, agriculture or labor. It also didn’t factor in the impact on cross-border movement of data, digital trade, financial trade, currency, intellectual property and supply chain that was yet to be enabled by the Internet.

The revised trade agreement now in development is a 1,809-page document that has been signed by the leaders of the United States, Mexico and Canada—three countries that have a major impact on trade on both sides of our oceans. Texas alone represents 40 percent of the half-trillion dollars a year of trade between the NAFTA countries.

Although signed by all three countries’ leaders, the agreement has yet to be ratified by all three participating countries. Until the new deal is approved by the U.S. Congress and the other countries’ legislative bodies, the original NAFTA agreement remains in force. The continuing development of the new trade deal, with a U.S. Congress divided, will make 2019 “the year of trade,” and there will be many discussions of the potential impact on the local and national economy.

At the Spotlight Series event, the discussion centered around three primary topics: dairy, labor and the environment.

The new agreement opens up more dairy business between the U.S. and Canada, which will have a resounding impact on the food industry. Milk supply in the United States is limited and is increasingly affected by the impact of natural disasters on dairy farmers. Limited supply has been inflating the cost of milk, and is expected to result in a 9 percent to 12 percent inflationary effect on dairy products in 2019.

Currently, the government allows only about 1 percent of Canadian milk to enter the United States. Under the new agreement, that percentage would increase to 3.5 percent, which should significantly lower the cost of milk and all products that have milk as a key ingredient. Because the deal is not yet solidified, dairy-dependent companies may wait until 2020 to build this potential cost reduction into their long-range plans. Expect dairy farmers to play a key role in the upcoming USMCA negotiations.

One negotiation point in the new trade agreement revolves around labor wages. In Mexico, the average labor rate is just $1 to $2 for a day’s work. Compared to proposals of a $15 per hour minimum wage, the difference is striking. Rising wages as part of this new deal could drive up the cost of labor in the United States, Canada and Mexico, causing price increases for consumers.

The USMCA agreement will likely have a heavy focus on renewable energy. The new trade deal was signed by former Mexican President Peña Nieto on his last day in office, and he has since been replaced by the much more progressive Andrés Manuel López Obrador. Many expect ongoing negotiations to emphasize environmental protections and renewable energy commitments.

Mexico already has 25% renewable energy, in the form of wind, hydroelectric and solar power. The United States supplies half of all of Mexico’s natural gas and refined oil products, and for the first time, pipelines will connect Texas to Mexico. However, Texas politicians may get behind renewable and clean energy options as acceptance of climate change realities grows.

The USMCA negotiations prompted Canada to reconsider its dependence on trade with the United States, causing the country to diversify its trade interests with China. This could lead China to become even more powerful, which could become a negative side effect of the new agreement.

At the same time, China’s automotive industry has taken a hit as Mexico’s auto industry has grown. Additionally, China has purchased a major port at the Panama Canal, so it now controls two out of the three ports there. China’s aggressive approach to controlling transportation networks helps the country cut advantageous deals on natural resources it needs.