The Flawless Code for a Leading Information Technology Organization’s CEO 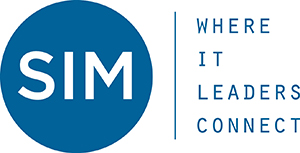 Senior-level information technology professionals across the country rely on the collaboration, knowledge-sharing and resources of the Society for Information Management, or SIM. When the organization needed a new chief executive officer, they knew that with the evolving nature of the IT industry and the increasing value proposition of the association, they needed to elevate the CEO role. To do so, they needed just the right search firm to lead the charge in recruiting this key executive.

Renee Arrington, Pearson Partners International’s chief operating officer and CIO / IT Leadership practice leader, had been a member of the organization for many years and had previously served on its board of directors. She and her partner Lisa Thompson, Pearson Partners’ vice president, met the challenge, outshined the competition and recruited the perfect fit in Mark Taylor.

An evolving association for an evolving industry.

Traditionally, SIM had recruited from within the chapter membership for the chief executive officer role. A decade after its last CEO appointment, SIM decided it wanted to broaden the candidate pool and hone the profile by using a search firm.

“We felt that with the changing landscape of professional associations, and the value proposition they bring, we needed to formalize our process of filling the chief executive role,” said Caren Shiozaki, chairman of the SIM national board of directors and head of its personnel committee. “We knew we needed the help of an executive search firm.”

The selection committee deeply analyzed the search firms under consideration, interviewing each one thoroughly. In the end, Pearson Partners stood out.

“We interviewed about six firms,” said Kevin More, SIM’s national board chair emeritus. “Pearson really stood out in terms of how they approach executive search. Renee had a lot of first-hand knowledge of our organization, and that was a key consideration in our selection of the right search firm partner. Lisa had extensive experience working with other associations and that was very important to us.”

Shiozaki and More knew that with increased competition from other IT-industry associations, along with the rapidly evolving nature of the profession, they had to think outside of the box in recruiting the new CEO.

“We really felt we needed a leader who was going to be more visionary and strategic to help us be more competitive as we headed into this new phase of the IT executive world and its associations,” said Shiozaki. “We knew that it wasn’t going to be good enough anymore to just do what we had always done.”

More explained, “We had always had an IT person running the organization. It was clear that this time, we needed someone who was more business-minded and broad IT knowledge was somewhat secondary to the leadership expertise.”

The search kicks off.

With Arrington and Thompson’s help, the organization developed the portrait of the ideal candidate: An executive with a diverse background in the association or not-for-profit space who was a strong, relational business leader. The new CEO would represent a shift from an operational mindset to one of strategy and vision. As the public face of the organization, the person needed an outward-focused, strong public persona.

Armed with a well-defined candidate profile, the Pearson Partners team surveyed key stakeholders to understand their needs and objectives and then went to work sourcing their networks to build and qualify an initial candidate slate.

“Renee and Lisa really took the time to seek our input,” said Shiozaki. “They both absolutely hit the nail on the head in terms of prioritizing the skills and traits we were looking for. I know that everybody involved in the search saw that as well. I had worked successfully with Renee in the past for executive search and I could see that Pearson obviously delivers a strong consistency in quality.”

The ideal candidate rises to the top.

The Pearson team interviewed the initial candidates on SIM’s behalf, narrowing the initial slate to a group of qualified candidates for SIM to interview. Arrington and Thompson prepared the SIM selection committee with candidate backgrounds and customized interview guides ahead of their interviews and participated in the final interview process.

“By the time we got to our face-to-face interviews, we had a very good sense of who the candidates were,” said More. “We knew what questions to ask and at that point it was mainly about chemistry and refining the answers to some key questions that we’d already asked. It was a very good use of everybody’s time and the strongest candidate was very clear at the end of the process.”

Shiozaki continued, “At that point, the final candidate clearly stood out. A few selection committee members felt that we needed to take the final two candidates through the last steps of the selection process. I appreciated Renee’s honesty—to us and to the second-place candidate—in coaching us that if we felt that strongly about the first-place candidate, there was no sense wasting everyone’s time for the sake of formality. I don’t think most search firms would have done that.”

“Pearson had put together a very thorough dossier on Mark, so we were very well prepared for our final interview with him,” said Shiozaki. “Mark had also done his homework before our interview and was able to converse about SIM quite intelligently. He presented some high-level ideas about how things could be approached and how things might need to change. I think the search team did a fantastic job because Joel [Schwalbe, SIM’s national board vice chair] and I felt so hopeful and excited after we had met with Mark. It was great.”

“On the hiring side, this is the first time I had worked with a retained search firm,” More explained. “I had always used contingent firms for staff hiring and they had, in my experience, always worked by volume: Throw enough darts and hope one is a bullseye.”

More continued, “This experience with Pearson, as a retained search firm, was very different. It was more of a boutique, concierge service. All the heavy lifting was done by Pearson’s Renee and Lisa. If you asked anyone on our search committee, they would tell you it was an excellent and painless experience and a great use of everyone’s time.”

When the Pearson team reached out to Mark Taylor about the SIM CEO search, he was working as a chief operating officer at CMP Management, an association management company offering strategic development, accounting, administration, marketing and event management services to 25 professional societies. Taylor was serving as CEO, CFO and COO, reporting to boards of directors of associations in information technology and healthcare industries. While not actively seeking a new position, he had begun to consider what his next step in his career would be. Pearson’s outreach came at the right time and with an intriguing proposition.

“When I received an email from Lisa Thompson, containing a very well-developed and well-presented writeup about SIM’s goals and what they were looking for in a new CEO, I was immediately intrigued,” said Mark Taylor, SIM’s new CEO. “The fact that the role was IT-oriented fit very well with my background, of course, as did the fact that I had been working for five years already with an association management company.”

“Beyond the basic qualifications,” continued Taylor, “Lisa carefully presented many more of the soft skills that captured my interest and made me want to continue. There were several phrases that stuck out to me in her writeup—things like “leading the charge while allowing others to take the limelight” and “a relational-style leader”—which described me perfectly. A lot of these things jumped out at me and grabbed my attention because that’s the kind of leader I am. When I realized SIM’s objectives were right in the middle of what I’d been doing, and in the markets I had been in, I knew this might be a great fit for me. What clinched it was that I would be working with leaders who were very well-accomplished in their careers, and that really resonated with me.”

The Pearson Partners team followed a thorough and detailed process to narrow the initial slate of candidates to the final contenders. They thoroughly prepared the SIM search committee and each final candidate with a slew of information to make the interview and selection process efficient and successful.

“The process was very, very thorough” Taylor said. “Although I was eager to jump right into the role, I appreciated that the Pearson team was being very thorough, sourcing all of the candidates that would be a potential fit and not just walking in with one and saying, ‘Hey, we found your golden boy.’ I felt their sense of responsibility to their client in being certain they brought the best candidates to the table and that was evident in the process.”

Taylor continued, “Once the candidates got down to the final three, I felt Renee and Lisa prepared me very well for each conversation throughout the final stages. I did a lot of homework on my own, but the work the Pearson team did really aligned well to put me in the best light for the final interviews.”

Taylor was confident that the SIM CEO role was the perfect fit, both culturally and strategically. “I think where we really aligned perfectly,” said Taylor, “was in the relational, extrovert style of leader they were looking for, which is exactly what I am. If you can get very clear on what you want, whether it’s from the perspective of the hiring process or your individual career, it’s amazing how effective you can be at getting there.”

Shortly after Taylor came aboard, SIM held its national conference, SIM Connect Live, attended by IT leaders from around the globe. Prior to the conference, the national management council held its meeting, including SIM chapter leaders. This was Taylor’s first big stage after joining the organization.

“Mark really hit the ball out of the park,” said More. “He connected the analysis that he had done of our association and of our membership with all of our objectives, and this was something we had never seen before. Mark clearly had all the skills we were seeking, and he got everyone very excited about the future direction of SIM. He has hit the ground running and we are very pleased.”