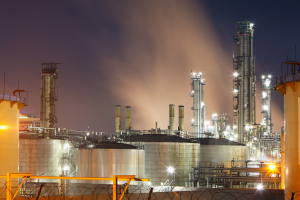 In our recently conducted survey of more than 200 senior executives from across the oil and gas energy spectrum, we discovered the trends, issues and challenges they expect to see in 2015 and beyond. These industry leaders weighed in on such issues as headcount expectations, capital spending, merger and acquisition expectations, and more.

>>Learn more and see data charts in the PDF of the full study.

A Challenging Year Ahead

We asked the participants from all segments which industry segment will perform best in 2015, and two areas stood out: downstream (the refining, fuel retail marketing and petrochemical segment) and the majors (integrated oil and gas companies).

Mergers & Acquisitions Expected to Increase in 2015

Mergers and acquisitions are expected to increase quite a bit in 2015. Certainly, the recent announcements of the $34.6 billion Halliburton/Baker Hughes merger and the $8.3 billion Talisman acquisition by Repsol support this expectation.

Oil and Gas Prices Will Remain Soft in 2015

When asked how they expect their industry segment to perform over the next five years, a striking majority of the participants were positive: 76 percent said significantly or moderately better. Very few were negative: Only 6 percent said “moderately worse,” and none said “significantly worse.” Few (18 percent) expected their segments to perform about the same.

Similarly, when asked about their individual companies, 83 percent expected their companies to perform better over the next five years, while 5 percent said that their companies would perform worse.

According to the entire group of survey participants, the two industry segments that are expected to perform the best over the next five years are the majors (integrated oil and gas companies) and independent exploration and production companies.

When considering their own industry segment over the next five years, we asked the participants which were the most important drivers of opportunity, or tailwinds. The top three tailwinds cited are, in order: 1) global economic recovery, 2) new technology developments and 3) increased use of natural gas. New technology developments in the areas of hydraulic fracturing and drilling were cited most often. The increased use of natural gas in power generation was identified as the leading driver in the overall increased consumption of natural gas.

Similarly, we asked the participants to identify the most significant challenges, or headwinds, that their industry segments will face over the next five years. The top four headwinds cited are, in order: 1) global oversupply of oil and gas, 2) unfavorable prices for oil, 3) increasing regulation/restrictions/taxes and 4) talent shortages. Two areas stood out in the answers for increased regulation/restrictions/taxes: A) local or regional bans on hydraulic fracturing, and B) increasing regulation or restrictions by the EPA.

The survey participants were asked to identify the top talent-related challenges that they expected their industry segment to experience over the next five tears. The number-one issue cited was the “Great Crew Change,” or the retirement of key personnel expected in the near future. The second-most significant talent-related issue is the shortage of technical talent, such as engineers and geoscientists. The third-most-cited issue is the lack of leadership talent.

The oil and gas industry expects 2015 to be a challenging and dynamic year:

However, the longer, five-year outlook is much more optimistic:

The survey was conducted between December 8 and 12, 2014. Of the 205 participants, 63 percent are at the C-level (chief executive officer, chief financial officer, etc.) or vice-president level. About 80 percent of the participants reside in the United States, with the other 20 percent residing in a variety of countries across the globe. Independent E&P companies and major integrated oil and gas companies account for 29 percent of the survey participants. Another 36 percent work for oilfield equipment and service companies, and the remaining 35 percent work in a variety of other industry segments.